The Attack on Pakistan Navy 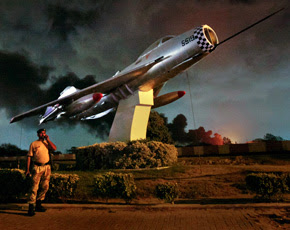 Dawn.com reports that the attack on Pakistan Navy's installment in Karachi, which started last night, has come to an end.
The 14-hour long siege of the Navy's sensitive installation raises some pertinent questions: most importantly about the role of media in Pakistan. Can we say that the way the media covered the event, and the spirit in which it was being analyzed, was up to the mark?
Personally, I felt that some of the analysts were insensitive and condescending. They were complaining that the Pakistan Navy did not offer complete information about what was going on inside its besieged complex. Some of the gurus complaining in this manner were the most sought-after media persons. Could they not realize that this was not a cricket match.
What about the need to remind the people to stay calm? The need to reinforce national unity? The need to reinforce discipline, herd-instinct and showing a good civil sense?
This was a small showdown. There can be a bigger event in the future. The question we may have to ask is whether our media is capable of playing the role the media of any country is required to play in the face of a national crisis?
Posted by Khurram Ali Shafique at 11:16 1 comment: