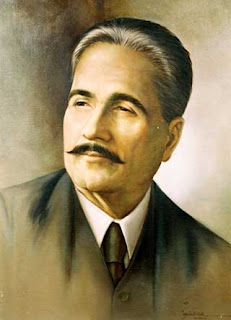 The following is my article published in Dawn on October 15, 2010, as Friday Feature, 'For a common destiny'. Some of the wording might be slightly different from the printed version.

The election of 1926 was the first occasion when Muslim masses voted in large numbers according to separate electorate. However, in the assemblies that were inaugurated the next year as a result of this election, no single party had emerged as common leader of the entire Muslim community. It seemed as if there was no new ideal, no commonly agreed goal anymore, and hence no means for a collective effort.
This, however, did not last very long. In 1928, Congress demanded through Nehru Report that separate electorates should be abolished. Apparently, it was impossible for an Indian nationalist to understand what a separate electorate meant to a Muslim.
Unity of matter and spirit as a philosophical concept may be incomprehensible by ordinary persons but the activities of the Aligarh Movement and its offshoots in the past sixty years had been sufficient for showing even the most unschooled Muslim how literature, politics, religion and education were interconnected as far as the Muslim community of the region was concerned. Separate electorate appeared to be a tool for formalizing this unity of ideals and reality. Hence when Nehru Report questioned the separate electorates in 1928, Muslim leaders who disagreed on everything else suddenly agreed to disagree with the Hindu majority on this issue.
Against this backdrop, Allama Iqbal, who was also a successful candidate of the election of 1926, presided over the annual session of the All-India Muslim League held in Allahabad on December 30-31, 1930. There, he proposed a new goal. It was “a consolidated North-West Indian Muslim state”, which appeared to him to be “the final destiny of the Muslims at least of the North-West India.”
Thus, Pakistan became the next goal to be achieved (and Iqbal left open the possibility of it being “within the British Empire, or without the British Empire”). Separate electorates then became the tool through which the new goal, Pakistan, was to be achieved.
The ideal to be pursued whilst in quest for Pakistan was “selflessness”, which Iqbal had been preaching at least since 1906. It was embodied in verses that had become proverbial to at least two successive generations, such as the famous line from a 1912 poem, “An individual is sustained by its bonding with the nation and is nothing on one’s own, just as the wave exists in the river and is nothing on its own.”

As explained in his longer poems and his lectures, selflessness (or bekhudi) was an experience through which an individual could annihilate his or her individual ego (khudi) and arrive at the next level, which was the collective ego, thus acquiring a greater wisdom inaccessible to the individual ego alone.
Iqbal’s conception of a collective ego did not mean that one should cease to have personal opinions, or renounce the freedom of thought and expression. Selflessness was not an act of the mind but an act of love, through the heart. It could only be induced through highly entertaining literature (as Iqbal did in his own times) and could never be imposed through repressive legislation (in fact the suppression of individual liberties could become a hindrance, since it curtails selflessness by enhancing mistrust).
This emphasis on transcending the individual ego was timely, since the elections of 1926 had presented a highly egotistical picture of the community. “Things in India are not what they appear to be,” he said in the Allahabad Address. “The meaning of this, however, will dawn upon you only when you have achieved a real collective ego to look at them.”
Selflessness, or rising above oneself, became the new ideal as the demand for Pakistan gained momentum under the leadership of Jinnah, “the Great Leader”, whom his followers came to see as the incarnation of their ideal in flesh and blood. How the new state came into being is a story that belongs to political history. What ought to be noted here is that the goal was achieved through the election of 1945-46 when an overwhelming majority of Muslims voted for Pakistan, especially in provinces where they were in a minority and were not going to be included in the proposed state.
Pakistan could not have come into being without their support but voting for Pakistan meant invoking the almost inevitable wrath of the future rulers of India. They voted, and they paid the price with their blood and tears. Recorded history of the human race may not offer another instance when such a large number of people made a common decision that required such high degree of selflessness.
Iqbal had said in the Allahabad Address, “Rise above sectional interests and private ambitions, and learn to determine the value of your individual and collective action, however directed on material ends, in the light of the ideal which you are supposed to represent.” The Muslim masses of India could not have followed his words more diligently.
Posted by Khurram Ali Shafique at 08:08 4 comments: 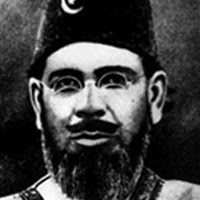 The following is a revised version of my article published as Friday Feature in Dawn today.

The birth of All-India Muslim League on December 31, 1906 in Dacca was the biggest consensus ever achieved in the history of Islam. It brought together diverse sects of Muslims under one banner. Twenty years earlier, Muslims of the sub-continent had set their goal to become “a real nation” rather than “a nation only in name”, and that goal was now achieved. Hence the stage that had started in the modern history of the community in 1887 came to an end.
The League offered a new goal. It was to win separate electorate for Muslims in the sub-continent. Since they were a minority in the region, their newly realized nationhood could only be preserved if they were represented as an organic unity in the legislatures (the idea had been originally presented by Syed Mahmood, son of Sir Syed Ahmad Khan, in 1896).
This became the explicitly stated goal of the League, which described itself as the means through which this goal was going to be achieved. Hence a second stage could be said to have started in 1907 and completed in 1926 when separate electorates were effectively achieved and exercised (as described below in more detail).
However, it may be helpful to remember that membership of assemblies at that time was through nomination. General elections had not yet been introduced in the sub-continent (and were not conceded until 1919). Hence separate electorate was not something that concerned a citizen in daily life. If still the ordinary people became interested in it then obviously they were thinking long-term.

Hence pursuing separate electorate also meant embracing a new ideal, “Think Long-Term”. This did not mean that all details ought to be laid out in advance, since the future generations were likely to discover new ideals of their own. Therefore, commitment should not be to any particular ideology but to the society itself. A generation should pick a goal that everybody considers most important for conserving the common ideals. Things should be readjusted according to this goal but it should be remembered that tomorrow would be another day: the future always exists as an open possibility.

This approach can be best illustrated through a statement of Muhammad Ali Jauhar about the birth of the League itself. Jauhar said (ironically while presiding over an annual session of the Congress) that the birth of the League was a result of the MAO College founded at Aligarh nearly thirty years earlier in 1877 (“In obedience, as it were, to a law of nature,” he said. “Once more after nearly thirty years after the foundation of the College, there came into being a political institution of the Muslims.”)

Interestingly, the founder of the Aligarh College, Sir Syed Ahmad Khan, had advised his followers to stay away from politics. Yet, his arch-disciple Jauhar not only named him as the major catalyst for the birth of a political party but also regarded him as the pioneer of Muslim political activity in the sub-continent.

This is often very difficult to be understood by scholars steeped in the Western academic paradigm but from the perspective of “long-term thinking” as practiced by Syed and Jauhar, our real identity is not defined by our specific opinions. It consists of our ideals, goals and the means we leave behind for achieving goals. Superficially, Jauhar and his colleagues seemed to be the antithesis of Syed but in terms of ideals and goals they were continuing the initiative started by him. Hence Jauhar addressed him ecstatically in a famous poem, “You are the one who taught us all this rubble-rousing. If we are the height of it, you were its genesis.” (Sikhaya thha tumhi nay hum ko yeh shore-o-shaghab sara/ Jo is ki inteha hum hain toe is ki ibtida tum ho).
It seems that the demand for separate electorate fired the imagination of the common people in such a manner that the ideal, “Think Long-Term” sunk into the hearts too. Tendency of seeing beyond immediate environment seemed to increase as the demand for separate electorate gained momentum. This could be judged from the way the community responded to the affairs of far-off places like Balkan, Tripoli and Gallipoli. After their Hindu compatriots conceded separate electorate by signing the Lucknow Pact in 1916, Muslims of the sub-continent went to the extent of joining them in the Non-Cooperation Movement of the early 1920s. They even went ahead to boycott Election 1922 on behest of Indian nationalists, although direct voting had been introduced for the first time on that occasion and the voting was to be done through separate electorate.
Think long-term, because you are part of a bigger picture, which is alive and breathing. This much was understood instinctively by a Muslim – especially the unschooled one, whose consciousness was less tainted by foreign education.
It was an ideal that could be epitomized and conveyed, not less effectively than the poetry of Allama Iqbal and the heart-to-heart journalism of Muhammad Ali Jauhar and Zafar Ali Khan, by even a balled written by a little-known poet and sung in the streets in the days of Khilafat Movement, “Bolien Amman Muhammad Ali ki/ Jaan beta khilafat pay day doe” (“Said the Mother of Muhammad Ali: O Son, lay down your life for the Caliphate”). Think long-term because you are part of a bigger picture.
By pursuing the ideal of long-term thinking, the community finally achieved its stated goal. Election 1926 witnessed a historic turnout. Non-Cooperation Movement was long over. Masses thronged to polling stations and cast their votes through separate electorates. The League had served its purpose. It was time to discover the next ideal and set a new goal.
Posted by Khurram Ali Shafique at 18:58 4 comments: